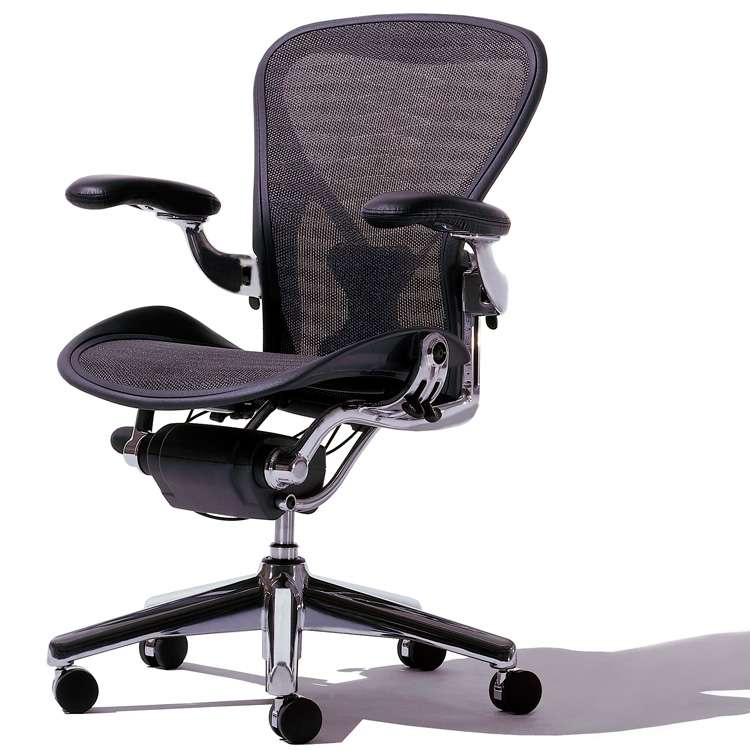 Those are just a few of the awards groundbreaking designer Bill Stumpf, father of the Aeron Chair, won before his death in 2006. Beginning with his collegiate work at the University of Wisconsin and ending with the firm he ran with Jeff Weber, Stumpf worked tirelessly to improve the design of the “everyday.” Offices, homes, desks, chairs; Stumpf believed in openess and freedom of movement, and those principles ran through every piece of work he did, including the iconic Aeron chair.

“I work best when I’m pushed to the edge. When I’m at the point where my pride is subdued, where I’m an innocent again. Herman Miller knows how to push me that way, mainly because the company still believes—years after D.J. De Pree first told me—that good design isn’t just good business, it’s a moral obligation. Now that’s pressure.”

Don Chadwick is southern California through and through: his design, including the Aeron chair, is all about comfort and utility, and he’s a hands-on kind of guy. Shunning computers, Chadwick’s workshop is just that – a place for saws and hammers and half-finished furniture. It’s a crucible in which good design is hammered out and hard-won, not focus tested or computer generated. He’s an award winner too: Time magazine, Design: Best of the Decade for Equa chair, 1990. IBD Gold Award for Equa chair, 1984. IBD and IDSA awards for casegoods, 1980. The Governor’s Award, Design Michigan Exhibition, 1977. Award for Design Excellence, ID magazine, 1970, 71, 73, 74.

Herman Miller, the company for which Stumpf and Chadwick designed the Aeron chair, is an American–owned and operated furniture design company based in Michigan. Makers of high quality furniture for years, Herman Miller has produced such works of art and ergonomics as the Aeron chair, the Embody Chair, the Mirra chair, and Equa chair. They also make beautiful desks, lighting fixtures, and organizational furniture. They have been awarded countless honors and certifications, both for excellence and environmental and business practice, and have pieces in the Museum of Modern Art in New York. There isn’t a more respected furniture company or design team anywhere. The Aeron chair is the flagship chair of the company.