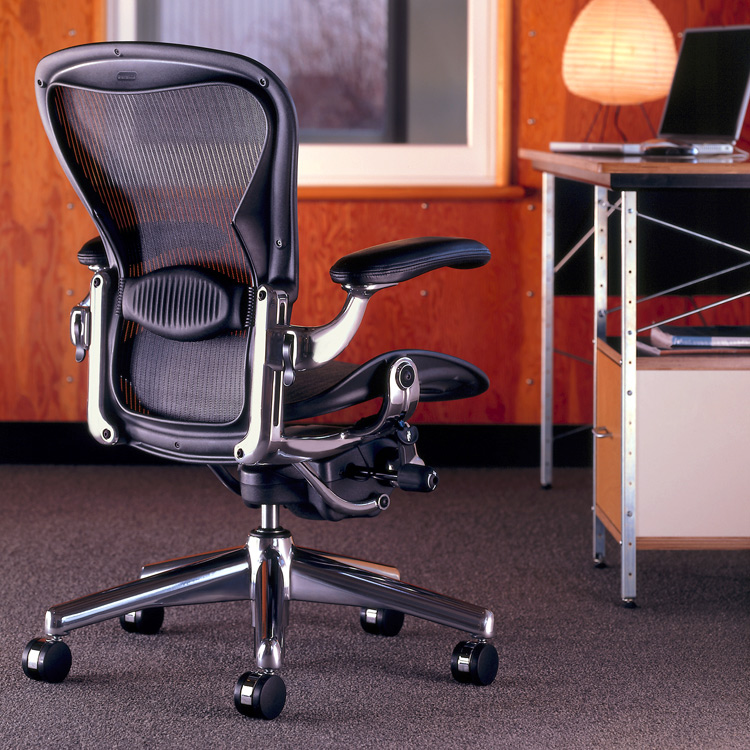 When a chair is given the esteemed title of being the best selling office chair, you have to stop and wonder. That’s a pretty powerful designation that sets just one chair apart from the sea of office chair possibilities as the very best. And this isn’t just a popularity contest. People actually put their hard-earned money behind this one product. So many people chose to spend their money on this one office chair that it was deemed the best selling office chair on the planet. There are thousands of office chairs available from which people may choose. With hundreds of brands, stores, and options, what makes this one chair so unique? What makes this chair the very best?

When a chair is given the esteemed title of being the best selling office chair, you have to stop and wonder. That’s a pretty powerful designation that sets just one chair apart from the sea of office chair possibilities as the very best. And this isn’t just a popularity contest. People actually put their hard-earned money behind this one product. So many people chose to spend their money on this one office chair that it was deemed the best selling office chair on the planet. There are thousands of office chairs available from which people may choose. With hundreds of brands, stores, and options, what makes this one chair so unique? What makes this chair the very best?

It’s Got the Look…

When the Aeron Chair hit the market, it demanded attention, and the design world promptly took notice. The Herman Miller Aeron Chair was a far cry from stuffy fabric and clunky design. Gone were the bulky frame and foam padding or stuffing to which many had become accustomed. In their place were sleek lines and curves in unexpected places to support the body from head to toe. When designers Bill Stumpf and Don Chadwick teamed up again to design a chair for Herman Miller, they had years of experience and previous office chair designs under their belts. They knew what had worked in the past, but they wanted to create something radically different, and Herman Miller supported their efforts wholeheartedly. Stumpf and Chadwick approached the design of the Aeron Chair through a completely new lens.

It was as if they were re-learning everything they knew about office chairs and ergonomics and approaching this design with a fresh slate. The result of this unique creative process was a product that looked like nothing else before it. When people encounter something new for the first time, whether that’s a new person, a new food, or a piece of art, they are inclined to make snap judgments. It’s part of human nature to immediately judge what we are seeing. Once we judge the image we are seeing, we then quickly make a decision on how we feel or what we think about what we have just seen. When people first saw the Aeron Chair, there was a mix of thoughts, feelings, and judgments. Some thought it looked alien in nature, suggesting it had a very modern and almost foreign look to it.

Once again, the chair didn’t fit the stereotypical office chair mold, and many people didn’t know what to make of it. Instead of rigid, straight lines and bulky foam seats, the chair has sleek, slim lines that curve in somewhat unexpected places to support the human body. On first glance, users notice how the back of the chair curves inward at the base near the lower back and fans out around the shoulders. Unconventional lines are also seen on the chair’s seat. The lip of the chair curves downward, while the sides of the Aeron Chair curve upwards around the outer thighs.

Judgments were made about the comfort level of the chair based on its looks alone. Ever heard of the saying, “don’t judge a book by its cover?” Well, this saying could be applied to the Herman Miller Aeron Chair. Many test groups wondered how comfortable the chair would be, based on its sleek lines and unique design. They may have wondered if this work of art could actually be more than just a beautiful chair to look at. While they may have made a quick judgment before getting to know the Aeron Chair well, it only takes one test of the Herman Miller Aeron Chair for you to change your mind quickly.

While we’re not trying to inflate the chair’s ego, it’s well known that the Aeron Chair is attractive. If an office chair winds up in the Museum of Modern Art in New York, you know it’s not going to be a chair from the same old cookie-cutter mold of the past. The chair certainly made an impression. It’s clear that an incredible amount of thought, creativity, and pioneering genius went into the design of the Herman Miller Aeron Chair. When Stumpf and Chadwick teamed up with Herman Miller again to create what has become known as the Aeron Chair, they were pushing for excellence from the very beginning. They reasoned that everyone should have the luxury of an aesthetically pleasing office chair that is unbelievably comfortable and supportive at the same time.

And Also the Feel

Not only is the Aeron Chair a beauty, but it provides the precise amount of comfort and support to the user, no matter how he or she sits in the chair. Herman Miller and the chair’s designers, Bill Stumpf and Don Chadwick, spent over a decade perfecting the Aeron Chair and the technology behind their masterpiece. Once they developed the original chair, they went back into the lab and continued to study, observe, and research cutting-edge techniques in the world of ergonomics. By focusing on the core principles of ergonomics, Stumpf and Chadwick approached the chair with the user in mind. What’s the point in creating a beautiful office chair, if the user can’t sit in it comfortably hour upon hour? Herman Miller knows what people need in their office chairs. After years of research and observation, the designers came to the conclusion that adaptability and comfort are key. People who sit in a chair for hours on end, day after day, know that it’s impossible to stay in one stationary position.

From this observation, the idea behind PostureFit was born. PostureFit was revolutionary in that it allowed users to sit in the Aeron Chair however they wanted, and the chair would continue to provide the precise amount of support to every part of the body. There weren’t any other chairs on the market that subscribed to this radical way of thinking. No longer would people have to sit in one specific posture to receive all the benefits of their office chair. Sitting hours in an office chair makes it nearly impossible to sit the same way all day.

Because no one person is the same, the design team agreed that adaptability needed to be a trademark of this chair. Stumpf and Chadwick recognized that we all, as individuals, have unique builds and unique needs from our office chairs. Keeping that individuality in mind, they wanted to design a chair that adapted to the person, not the other way around. Some might describe the Herman Miller Aeron Chair as intuitive, a truly smart chair. Because of the technology, research, and testing behind the chair, today’s users can sit in a myriad of postures and receive the same level of back support and circulation, while adhering to sound ergonomic principles. The Aeron Chair is in tune with the user’s body and moves with him, not the other way around.

In addition to focusing on the user’s utmost comfort, Herman Miller also strives to help you do your job better. Based on the incredible amount of research that Herman Miller puts into each and every piece they produce, the design team created a chair that could enhance the user’s productivity levels. Through the unique design of the Aeron Chair, users can reap the benefits of increased circulation, added back support, and adaptable comfort.

The lip of the chair’s seat curves downward, which enhances circulation to the legs and keeps the blood flowing. Increased circulation allows the user to sit for longer periods of time without feeling stiff and uncomfortable, not to mention that the increased blood flow positively affects productivity levels. Herman Miller even went so far as to hire a well-known doctor and owner of a back pain clinic to make sure the chair provided the necessary features to prevent added strain on the spine.

Through ergonomics, researchers studied the spine and user behavior throughout a typical office day. The added lower-back support provided by the Herman Miller Aeron Chair goes a long way toward protecting your back and preventing chronic back pain later in life. The adaptable comfort, made possible by Herman Miller’s PostureFit technology, is a trademark of the Aeron Chair. Once you experience the intuitive beauty of the chair, you’ll never want to go back to the bulky, padded, and uncomfortable chairs of old.

The Herman Miller Aeron Chair became the best-selling office chair on the planet because the chair is the complete package. Herman Miller successfully married beauty and ergonomics to create a piece that fulfills the needs of the user in both office and home. Aesthetically pleasing, the Aeron Chair fits seamlessly with other office décor. The customization options Herman Miller offers allow users to create exactly the right look for their spaces.

As in life, looks aren’t everything. So, Herman Miller made sure that this chair had beauty and brains. It’s a modern office-chair that broke the traditional mold (landing itself in the Museum of Modern Art in New York), and an ergonomically-intuitive chair that moves with the user’s body to provide improved circulation, the utmost support and comfort, and increased productivity. It isn’t easy becoming the best-selling office chair in the world. Herman Miller showed the us all, through years of research and experiments, that a modern office-chair could be more comfortable than the status-quo overstuffed chairs with stiff levers and jerky armrests. Persistence and patience birthed a chair that revolutionized the way designers approached seating design. The Herman Miller Aeron Chair paved the way for continued excellence in design and ergonomics, and users of the Aeron Chair around the world are reaping the benefits.