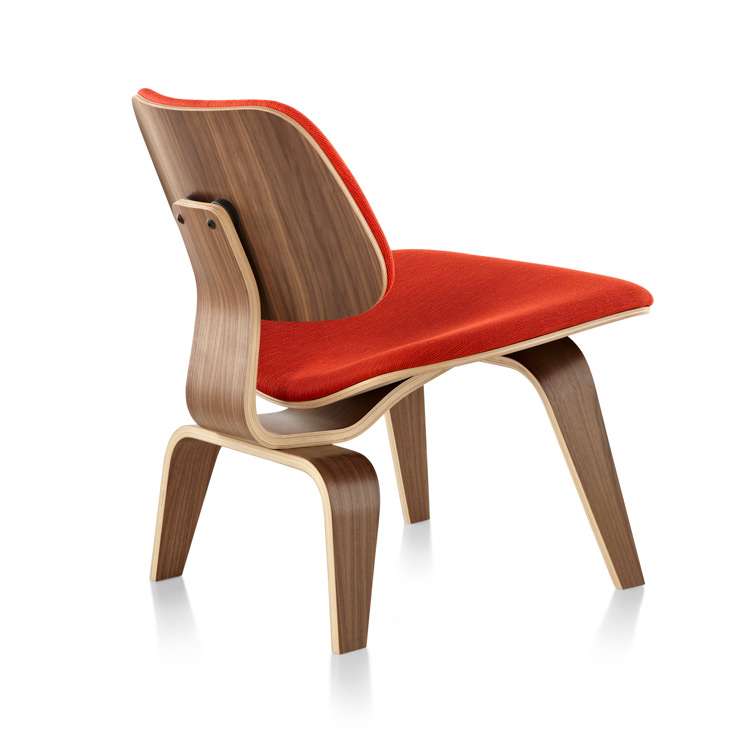 The Eames Molded Plywood Chair, often referred to as the LCW, was one of the great chairs in the modern furniture movement. Debuted in 1946, and using processes invented for industrial use by Charles and Ray Eames, the chair was ahead of its time. The shape of it, the playful nature of the design, and the technological leap represented in the bent, 3D plywood all helped to make this chair a touchstone of design in the 20th century.

Because this chair is a legitimate classic, showcased in museums and retrospectives around the country, it must be reviewed in a different way than, say, the Aeron Chair. The Eames Molded Plywood Chair is not a work chair, not a performance chair; it is just as much about art and sculpture as it is about comfort, support, and technological advancement. For Smart Furniture’s collection of classic chairs like the LCW, we use different metrics to rate them. They are Designers, Style, and Innovation. A classic chair cannot be considered so without all of these important attributes, and the level at which each chair scores is a guidepost for where it stands even among the greats.

Charles and Ray Eames are the gold standard when it comes to design teams and offices. The Office of Charles and Ray Eames, as it was known, was one of the most important places in the history of American design. Not only did they make some of the greatest furniture of the 2oth century, they made dozens of films, took and archived thousands of photographs, designed and put on exhibitions, designed homes, and made toys. They were endlessly creative (it seemed) and endlessly curious about the world around them. Their rich, organic, playful and innovative stylization was never clearer than it was with their major breakthrough product, the Eames Plywood Lounge Chair. The LCW was gorgeous and invigorating when it first burst on to the scene, and at a showing in New York they embarked upon their long and very fruitful relationship with Herman Miller. It is safe to say neither the designers nor the company could have chosen better partners, better assets.

The couple met while Charles was teaching at Cranbrook Academy and Ray was a student there. Soon they were married and entering design competitions, and winning them. When they moved to California they did odd jobs, Charles working in the movie business designing sets, and Ray drawing magazine covers and both of them dreaming of the kind of furniture, the kind of homes and toys, that they wanted to make. Furniture and toys and houses that fit the modern era, the modern mores, and stretched a democratic hand to the emerging American middle class, unaccustomed to having designer furniture available to them. In addition to the LCW they would go on to make the Aluminum Group, the Soft Pad Chairs, the Eames Lounge Chair, the Molded Plastic Chairs, the Eames Desk and Storage Unit, and dozens of other major pieces of furniture. They would also direct films like Tops and Powers of Ten, still shown in schools and short film theaters today.

In any discussion of the the great artists of the last century, Charles and Ray Eames must be mentioned. And in discussions about the great industrial designers of that time period, their names should quiet all debate.

TIME Magazine declared the Eames Plywood Lounge Chair the greatest design of the 20th century. It was a bit of a surprising choice; it finished just ahead of the S-1 steam locomotive by Raymond Loewy, and the Swatch watch. But, when you get down to it, in terms of style and creativity, there really is no other chair to match this one. It has been copied and approximated in hundreds of different ways, but it retains the unique integrity of the great idea, the original concept.

Charles and Ray Eames had struggled for nearly a decade to bring the chair to fruition. They had started trying to mold plywood in their small apartment in the 30s, oftentimes blowing the power to their entire building. Once, Charles even climbed a telephone pole to steal power, enough juice to get their machine going. They called the machine Kazam! and the name conveyed all the high heat, high energy, and high danger of the machine itself. But they were determined, and possessed; again, possessed by a great idea.

When they finally got the molded plywood process down pat, after the end of WWII, they began to truly design. What they came up with, the graceful curves and the undulating surfaces, the bright stains, the clever shock absorbers, and the inverted big seat/little seat back that was unusual and unusually beautiful. The overall effect of the chair was of something brand new in the world, and that’s precisely what it was. Six decades later, it still looks just as good, just as inimitable, just as surely a product of Charles and Ray Eames.

The process of molding plywood, pioneered with this chair, is one of the more remarkable and advanced technical achievements in the history of industrial design. Not content to be architects, filmmakers and designers, the Eames also delved into woodworking, machinery, and industrial science. Their invention, put to stunning and perfect use in the chair, wasn’t limited to just that. It also was put to use in the second world war, with glider shells and field splints made by the hundreds of thousands for the armed forces overseas. The creation of an economically feasible and creatively exhilarating new material for industrial use is a true and a major breakthrough in the history of industrial design. That it came in the form of one of the great chairs ever built was just icing on the cake.